Explore Outdoors ~ the Other evergreen 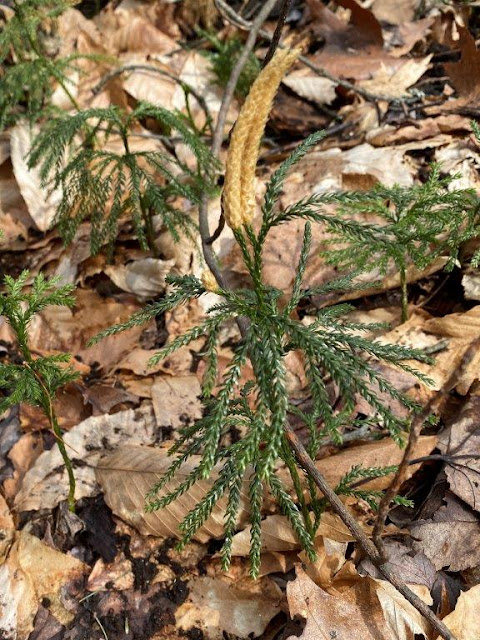 Evergreen trees get their name because they stay green all year round. In our woods we've got these tiny evergreen plants that look like miniature pine trees. Usually, we can see them poking their tops up out of the snow.

They aren't tiny pine trees, though. They are Club Mosses - which is a funny name for them because they aren't mosses either. Club mosses have stems (which true mosses don't) and shallow roots. Those cone-like structures at the top? They're called strobili. That's where spores are produced... and in late summer they'll open and release the spores.
You can learn more about tree club mosses here. Next time you go for a walk in the woods, look for some of these tiny tree club mosses.