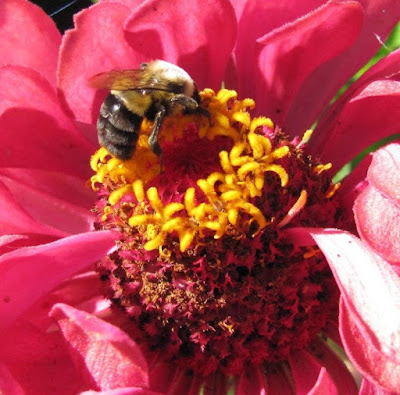 Sunday night will be special - not only is it the night of the full harvest moon (a "super moon" no less) but it's also a chance to see a complete lunar eclipse. The moon orbits around the earth in an imperfect circle, so sometimes it is far away from the earth and sometimes it is closer. This fall, the moon is closest to the earth, and so the full moons look bigger that usual. People call them "super moons".

Something else cool is happening, too: this coming Sunday night is a lunar eclipse. An eclipse happens when the moon passes through the earth's shadow. If you're in the eastern part of the US, head outside around 9 pm and watch the moon. Here's more about the lunar eclipse - or you can click on the poster.

Earth isn't the only planet in our solar system that has a moon - Saturn has more than 50 moons, and Jupiter has at least 67. Makes you wonder what a "super moon" or eclipse would look like from one of those planets.

Speaking of Saturn and Jupiter... Capstone has just published a new series called "Smithsonian Planets". Got questions about where the fastest winds in the solar system are? Whether people are going to Mars? What Saturn's rings are made of? Then you'll want to read about "The Secrets of Jupiter" and all the other planets: Earth, Mars, Mercury, Neptune, Saturn, Uranus, and Venus.

(What about Pluto, you ask? As you might recall, Pluto was determined to be "too small" for regular planet-hood, so is now considered a dwarf planet or Kuiper Belt object - even though it has plenty of moons of its own.) 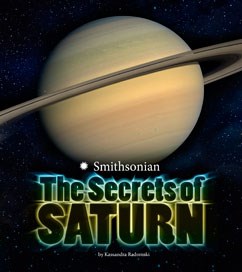 What I like about the books in this series is that they begin with some basic info about the planet: distance from the sun (886 billion miles for Saturn), number of moons, day-length. On Saturn a day is 10 and a half hours, but it takes 29 Earth years to make one complete orbit around the sun. So winters would be really long.... great for skiers, though how one would ski on a gas giant is anyone's guess.

Then there's the wind: at Saturn's equator, wind speeds reach up to 1100 miles per hour. Compare that to the fastest wind on Earth, 246 mph, and that was during a hurricane. Kids will learn a lot about the planet, moons, and history of ancient astronomers in this photo-rich book. The text explains concepts well in kid-friendly language, and there's lots of fun stuff: a timeline of Cassini mission, a scientist spotlight, speculation on what scientists will find next.Here's the latest news from Saturn. 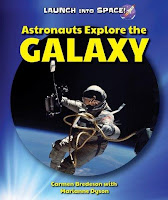 Future space cadets might be interested in Enslow's new "Launch into Space" series. These books explore the earth, moon, stars, solar system and the sun. Here's one I like:
Astronauts Explore the Galaxy
by Carmen Bredeson
32 pages; ages 7-10
Enslow Publishing, 2015

The book opens with some introductory information about astronauts, with each page focusing on one aspect: free fall, what jobs they do, space walking. What do they eat in space? Apparently the same stuff I eat for lunch, only packaged differently - and there's a great photo of some of their food. You learn how astronauts brush their teeth, use the toilet, and keep their muscles in shape. There's even some tips for astronauts to be.

Today's review is part of the STEM Friday roundup. Drop by STEM Friday blog for more science books and resources. Review copies from publishers.
Posted by Sue Heavenrich at 12:30 AM 1 comment: 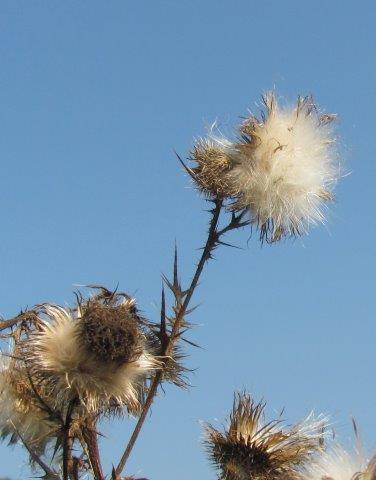 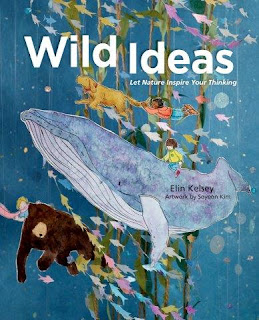 Problems are like sticker burrs.
They poke.
They prick.
They nag.


But sometimes, writes Elin Kelsey, these problems spark marvelous ideas. For example, the hooks on burrs inspired one scientist to develop velcro.

So what can we learn from nature, she asks. If squirrels can learn to cross roads by watching people, what can people learn from watching squirrels? Some animals create safe "thinking areas" before tackling a new situation, while others dive right in. Some animals use tools to gather food, some use group strategies to hunt prey, and some learn survival lessons from their parents and elders.

What I like about this book: I like Kelsey's encouragement for us to "untame" our imaginations. She gives wonderful examples of animals doing things we least expect: counting, calculating, inventing... and even observing people to learn things, like when it's safe to cross a street. I also like the three-dimensional dioramas that Soyeon Kim created for illustrating the book. The burrs are huge and detailed, and she tucks children into unlikely places: a gorilla nest, fishing with whales, hunting with hyenas. What fun!

Beyond the book: There will always be problems that need solving, but if we open our eyes (and our minds) we might find answers in the natural world.

Take a problem-solving field trip. What sorts of things are animals in your neighborhood, park, or natural area doing? How do they build homes, hunt for food, share our humanized environment? Kelsey says squirrels watch humans; what can you learn by watching squirrels? Watching maple seeds twirl towards the ground? Leaves flutter in the breeze? Dragonfly wings? Ants?

Learn more about how animals solve problems.  Scientists who study animal behavior write articles, and some make videos. Surf the web and you'll find plenty of videos of crows using twigs and wires to get food out of tight spots. There's even one showing crows using a plastic lid to slide down a snowy roof. Owlkids has posted a bunch of podcasts by Elin Kelsey about different animals inventing tools and solving problems. They're each about 2 minutes long and guaranteed to help untame your imagination. And check out this short video about humpback whales using bubblenets to herd prey towards the surface for hunting.

Create a 3-D piece of art. Soyeon Kim built dioramas to illustrate Wild Ideas. Then she photographed them for the illustration. You can create dioramas, too. All you need is a box, paper, paints or crayons, glue... and your imagination. You could even incorporate leaves, burrs, and other things from nature. Here's an interview with the artist, Soyeon Kim (pdf). 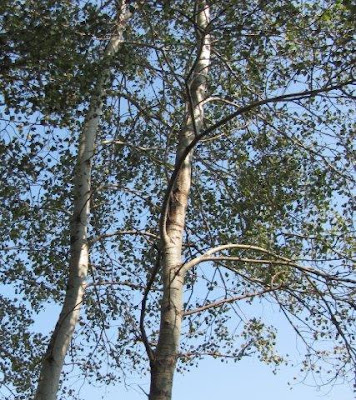 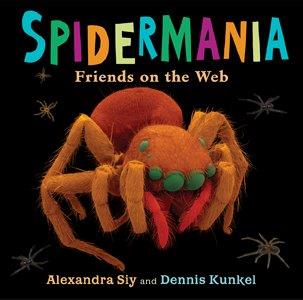 I have lots of spiders living in my garden: crab spiders, wolf spiders, jumping spiders, garden spiders.... so I cannot resist a new book about spiders.

What I like about this book: Alexandra Siy starts right off by making sure readers know the difference between spiders and insects:
"Spiders have lived on Earth a lot longer than humans," she writes. About 390 million years. They can be found in caves, atop mountains, in trees ... and just recently scientists in Australia have found an unexpected species of funnel-web spider. I love that Siy introduces readers to a diversity of spiders, and shows off their web skills.

I also love the illustrations - photos and brightly colored electron micrographs that show spider eyes and claws up close. This book is amazing even if all you do is look at the photos!

Take a spider walk.  What kind of spiders do you find when you're walking around your yard, in a garden, or at a park? Take along a sketch book so you can draw any cool spiders you see. Look inside flowers - you might find a colorful crab spider.

Make a spider out of egg carton sections. All you need are egg cartons, paint, pipe cleaners, and a bunch of googly eyes to glue on. Or use paper plates to make your spiders. Try painting your spider to look like one you might find in your garden - or look through a field guide to get ideas for what your spider(s) can look like. Some spiders have bright colors, spots, even stripes on their legs.

Spin a web - but instead of making your own silk you can use yarn or crochet thread. Ideas here. 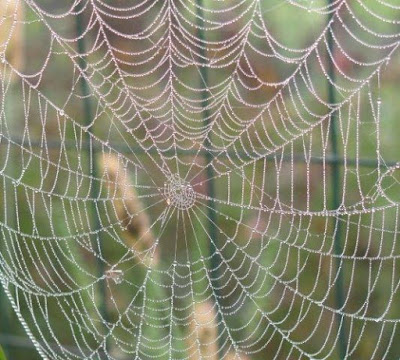 An Ambush of Tigers 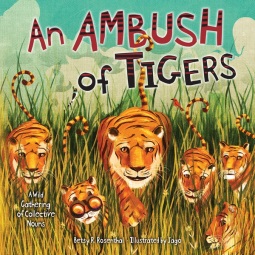 An Ambush of Tigers: A Wild Gathering of Collective Nouns
by Betsy Rosenthal; illus. by Jago
32 pages; ages 5-8
Millbrook Press, 2015

I love that when you've got a bunch of crows hanging about, they're called a "murder". And a bunch of cattle is a herd. But what if you've got lions? Tigers? Bears?

Betsy Rosenthal takes us on a field trip into the wilds of "collective nouns" - the names by which you call groups of things. And she does it delightfully in rhyme that is matched with Jago's imaginative illustrations.

"Does a tower of giraffes
way up high
spy a raft of otters
floating by?"

We leap with leopards, shiver with sharks, and meet a "sleuth of bears hot on a case". But what would you call it when all of these animals are invited to a party?

What I love is the back matter: a glossary that defines each word and allows room for imagination. Why would a group of porcupines be called a "prickle"? A bunch of giraffes a "tower"?

If you like to collect names for things, check out more collective nouns for animals. Then think about what you would call groups of people. The group of folks who govern our town is called a council, while a bunch of scouts is a troop. What would you call a bunch of musicians? You can find collective nouns for people here. What about things like boats and planes? Check out this list. 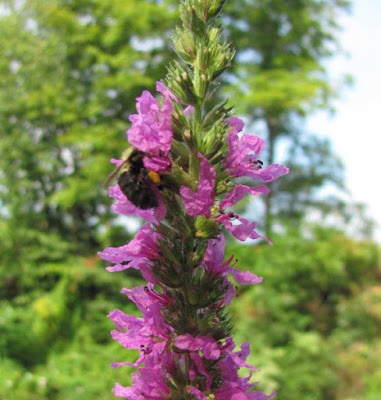