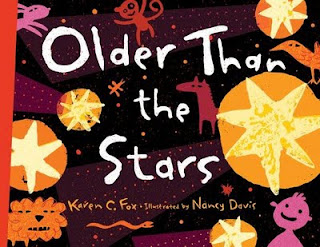 Hi, Sue! Thank you for hosting today. You are definitely a star today. At NC Teacher Stuff I have posted a review of How Does My Garden Grow?:

nice review, Jeff. As a gardener - and someone who loves to eat - I'm definitely going to check out this book.

Thanks for hosting today! Chapter Book of the Day celebrates STEM Friday with Geology of the Desert Southwest: Investigate How the Earth Was Formed with 15 Projects http://wp.me/p1fHyF-b4

thanks for dropping by and sharing a fun book. I wish I had a copy with me a couple weeks ago when I was visiting Utah.

So sorry I missed the STEM Friday this week (life intervened). Thank you so much for sharing the background information about Older than the Stars.