Bird Populations Change with the Landscape 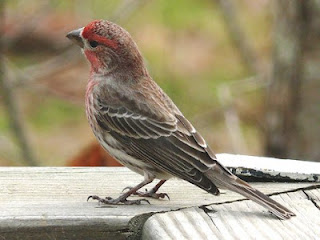 Bird populations have been changing over the past couple hundred years. That’s what Kevin McGowan says, and he should know. He co-edited the latest Bird Breeding Atlas for NY.
Last month he reflected on historic changes in bird populations. There’s about 200 years of recorded bird history in New York, beginning with JJ Audubon (1834) and continuing to present day. One of the things that McGowan found, looking through that history, is that the landscape has a big impact on bird populations. As the forests return, grassland species are declining.
The Loggerhead Shrike, which was already rare when they collected data for the first Atlas 20 years ago, is no longer breeding in the state. That could be due to loss of agricultural lands or it could be due to collisions with vehicles and, perhaps, the accumulation of pesticides from insects they eat.
Upland sandpipers, grasshopper sparrows and northern bobwhites have declines as well, but the biggest decline has been the Henslow sparrow. It likes grassy areas, says McGowan, and now it’s nearly gone from the state.
As the forests move in birders are seeing more juncos, ravens, turkey, tufted titmice and red-bellied woodpeckers. The folks counting birds for the Atlas also noticed an expansion of breeding pairs of Merlins. The small falcon has established populations both in the wilds of the Adirondacks and in urban areas – including Ithaca, NY.  These birds are very noisy when nesting; the screams they make can be heard a long distance away.
Climate change could be contributing to range expansion, but it’s not as simple as saying that bird populations are moving northward as the earth warms. Because, McGowan says, some northern species seem to be moving south – at least in NY.

Scientists need some help. If you love to watch birds, keep a journal. Note the birds you see in your neighborhood – when they arrive, when they head south, and those that stick around all year. Join in on bird counts and other citizen science activities. And share your data with scientists. Check out what else is happening in science over at STEM Friday.
Posted by Sue Heavenrich at 12:01 AM
Email ThisBlogThis!Share to TwitterShare to FacebookShare to Pinterest
Labels: birds, hands-on science, nature journal, STEM Friday