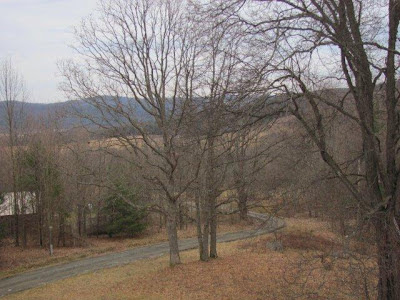 just keep those cold nights coming...
we're only halfway through sugar season.
Posted by Sue Heavenrich at 8:08 AM No comments:
Email ThisBlogThis!Share to TwitterShare to FacebookShare to Pinterest
Labels: seasonal observations, Tuesday view 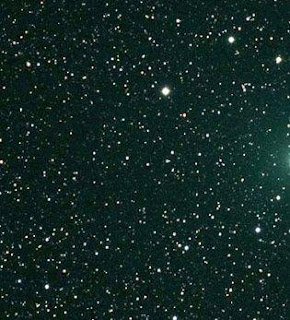 Just a few days beyond the new moon, the sky is still dark enough to see plenty of stars – that is, if the weather cooperates. And there’s lots to see, as over the next few weeks night sky watchers will have an opportunity to see five planets over the course of an evening: Mercury, Venus, Mars, Jupiter and Saturn (in order from the sun).
So head outside tonight for an astronomy scavenger hunt. You don’t even need a telescope, though a pair of binoculars might come in handy. See how many of these things you can find:
For up-to-date night sky info check out earth and sky.
Posted by Sue Heavenrich at 7:56 AM 3 comments:
Email ThisBlogThis!Share to TwitterShare to FacebookShare to Pinterest
Labels: night sky, stars, winter activities 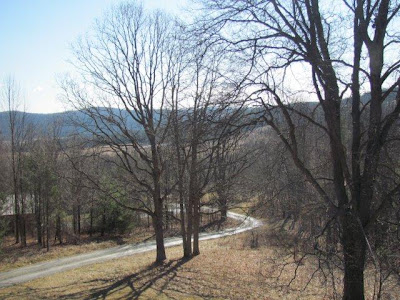 A sunny blue February sky
fools me into leaving my mittens home
Posted by Sue Heavenrich at 8:46 AM No comments:
Email ThisBlogThis!Share to TwitterShare to FacebookShare to Pinterest
Labels: seasonal observations, Tuesday view

Identifying animal tracks in the snow can be pretty tough. Trackers observe the number of toes and claw marks to determine whose track they’re looking at. But tracks in soft or deep snow may not show any details… and tracks in melting snow can be twice their normal size.

In the winter you might just find deep holes in the ground and drag marks where an animal brushed the snow with its belly or dragged its feet. Or you might find wing-marks where a bird took flight.

What’s a tracker to do? Look at the patterns that tracks leave:

Where did this animal go? Try following the tracks.
Posted by Sue Heavenrich at 7:32 AM No comments:
Email ThisBlogThis!Share to TwitterShare to FacebookShare to Pinterest
Labels: animals, tracks, winter activities 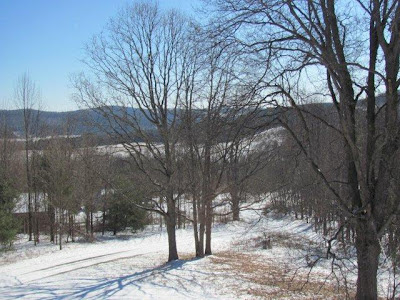 You've got to be quick with the camera
to catch the snow on the ground these days.
Posted by Sue Heavenrich at 9:41 AM No comments:
Email ThisBlogThis!Share to TwitterShare to FacebookShare to Pinterest
Labels: seasonal observations, Tuesday view

How Clean is your snow? 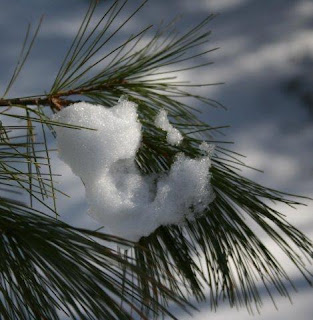 Freshly fallen snow makes your backyard took clean and bright. But how clean is that snow? If you live in a city, it may contain particles of pollution. Even snow in rural areas may have some contaminants, as air pollution can travel many miles.
Collect about ten cups of fresh snow and let it melt.
Cover the mouth of a measuring cup or jar with a paper towel or coffee filter.
Then pour the snowmelt through the filter.
Examine the filter paper for tiny particles – you might want to use a hand lens to get a better look. How clean was your snow?
For further investigation you can measure the amount of pollution in your snow. Weigh a filter paper before you pour the melted snow through it. Let it dry with the particles and weigh it again (you’ll need a sensitive scale).
You can also compare snow from different areas: an area with lots of traffic, a field far from a city, your school playground, neighborhood parks.
Posted by Sue Heavenrich at 7:20 AM 1 comment:
Email ThisBlogThis!Share to TwitterShare to FacebookShare to Pinterest
Labels: air pollution, how snowflakes form, winter activities 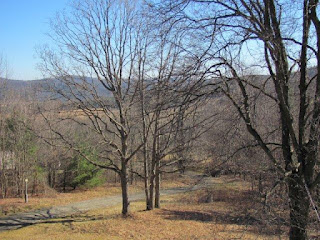 Not your normal first week of February...
sugar season - two weeks early!
Posted by Sue Heavenrich at 8:13 AM No comments:
Email ThisBlogThis!Share to TwitterShare to FacebookShare to Pinterest
Labels: seasonal observations, Tuesday view

Another Good Book: Inside Earthquakes 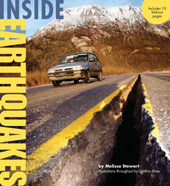 Inside Earthquakes
By Melissa Stewart; illus by by Cynthia Shaw
48 pages, ages 8 and up
Sterling Children's Books  2011
This is part of a series of “inside” books – neat books with fold-out, flip-up pages for a closer look at science. More than a million earthquakes shake our planet each year, writes Melissa Stewart. Most of those temblors are too small to feel, but every now and then a big one comes along and shakes things up.
We think we live on a solid planet, but inside the earth things are always moving. Take those tectonic plates, for example – they move about as fast as our fingernails grow. Stewart maps out the epicenters of quakes and, sure enough, they outline the plates on which our mountains and forests lie.
She explains faults and discusses the tsunamis, avalanches and mudslides that can accompany quakes. In addition to describing how scientists measure temblors (another word for quake) she lists great quakes of our time. “Each year our planet experiences about 140 earthquakes with magnitudes of 6.0 or greater,” Stewart writes. Those are the ones that are powerful enough to cause real damage. Fortunately scientists and architects and engineers are busy working on ways to predict quakes and design better buildings.
The science is spiced up with journal entries and stories from people who experienced earthquakes. Have you ever experienced a large earthquake? I asked Stewart.
No, she said. “But I'm sure it must be very scary.” She reflected on the Haiti earthquake a couple years ago.  Recovery has been slow due, in part to the poverty and lack of roads and other infrastructure that would help recovery efforts.
“That quake was especially devastating because the buildings were not constructed with earthquakes in mind,” Stewart said. She noted that Haiti is located near a place where multiple plates meet. “It won't be long before we see another big earthquake in that general area,” she said.
One of the neat things Stewart learned while working on this book is how animals behave prior to an earthquake. They seem to know that something bad is about to happen, she said. But how? “There is a lot to learn about how other animals sense the world.”
Did she ever have second thoughts about writing a children’s book with so much devastation in it? “We were constantly thinking about how to portray the devastation,” Stewart said. “We want kids to get an accurate, honest picture of what’s happening without being too overwhelming.”
The neat thing about writing for kids, she says, is that when they hear about endangered animals or people in crisis, they want to act immediately. And they are often successful at motivating adults to take action. Still, Stewart keeps in mind what she is exposing young people to.

This is part of STEM Friday, a round-up of children's science, technology, engineering and math books. Today's host is Simply Science.