Into the Meadow with Mouse 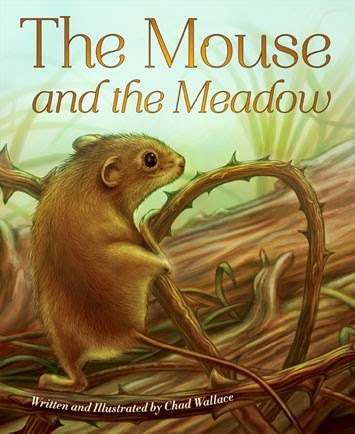 
"One day a little meadow mouse was crawling through a field
Staring in amazement at the wonders it revealed.
The grassy open meadow put his courage to the test,
For he had never left the comfort of his mother's nest."

And so begins the adventures, and coming-of-age tale, of a meadow mouse. The illustrations give us a close-up view of life in the meadow. We meet a spider and honeybee, and watch a caterpillar metamorphose into a chrysalis. But all is not fun and games in the meadow; there are predators to avoid! I love the back matter, where the author delves into such things as whether - and how - animals talk, what altruism looks like in the animal world, and what meadows are.

Beyond the book: Take a field trip to a meadow. How do you find a meadow? Look for any field habitat that is mostly grass and other non-woody plants... and around here that means hay fields. As you explore your meadow, look for some of the animals that mouse found on his wandering. Take along a notebook and some colored pencils so you can draw some of the plants you find. 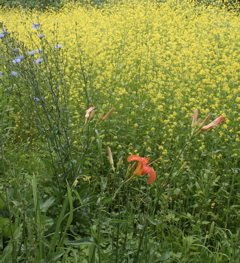 One square foot of meadow. Measure out a square foot in your meadow - that's 12 inches by 12 inches - and write down everything you find in that area. You'll probably need more than one sheet of paper! And you'll need to get on your knees so you can get a close look at the ground.

Grow your own meadow. You don't need a lot of space - just a few sunny square feet of lawn near the edge that you don't want to mow any more. The wild flowers and open space will attract birds and other wild life that you can watch. Here's some meadow-growing ideas.

Drop by STEM Friday to see what other science books and resources bloggers are sharing. Review copy provided by publisher. 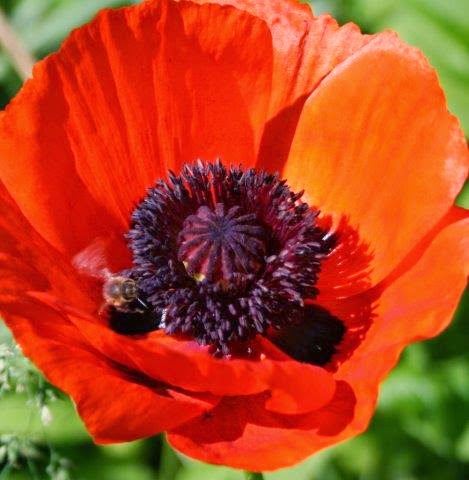 How much can a single caterpillar eat? A lot! Caterpillars are basically eating machines. They need to be if they hope to get through all those instars (larval stages), into a cocoon or chrysalis, and reach adulthood in time to mate or migrate.

One summer the gypsy moths were so numerous we could hear frass dropping on leaves like rain. Bits of leaves littered the ground - crumbs dropped by the herbivorous gluttons devouring our forest canopy. Reference books mentioned that gypsy moths could defoliate entire forests - but there was not one word on how much an individual caterpillar consumed.

So we decided to take prisoners and find out for ourselves. Or plan of action: give them leaves and see how much they eat over 24 hours. Sounded easy enough.... So we made up cozy homes cells for our captives, one caterpillar per gallon jar, and gave them leaves. Before feeding them, though, we traced each leaf onto a piece of centimeter graph paper. That made it easy to approximate leaf area by counting squares and parts thereof. The next day we took out what was left of the leaves and traced them. Now we could figure out how much they ate.

Summer is the perfect time to go caterpillar watching. And there are so many things to discover about caterpillars: what they like to eat, how they move, where they hang out in the hot part of the day...

Here are a couple of handy resources for budding caterpillarologists (people who study caterpillars): 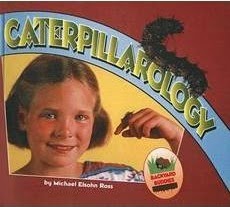 Everyone needs a field guide, and Caterpillarology is full of hands-on ways to look at these guys.

Also check out  the Butterfly School.

Drop by STEM Friday to see what other science books and resources bloggers are sharing.
Posted by Sue Heavenrich at 1:00 AM 2 comments:
Email ThisBlogThis!Share to TwitterShare to FacebookShare to Pinterest
Labels: backyard science, butterflies, caterpillars, hands-on science 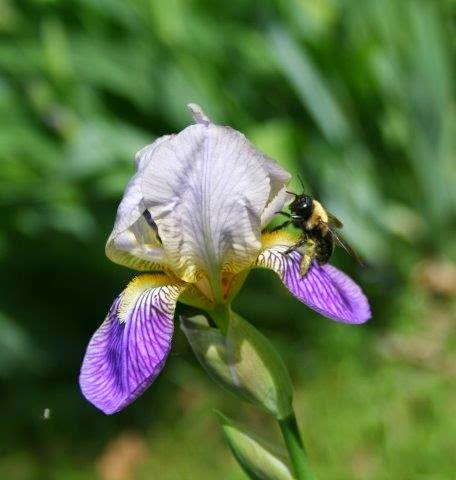 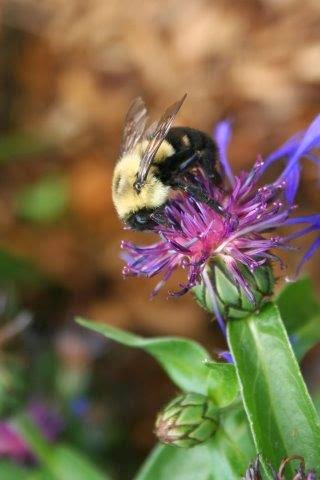 This week, take a moment to think about things you can do to help pollinators. Pollinator conservation isn’t just something for fields and nature preserves – the bees and flies and butterflies and other pollinators are all around us. So protecting them is something we can all do. And we must, because pollinators are fundamental to the health of our environment, our farms, our gardens – not to mention chocolate. 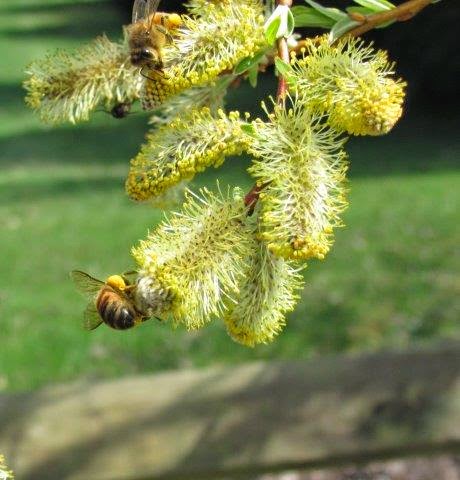 What can you do? Start by checking out the action steps on Xerces Society's Bring Back the Pollinators page. 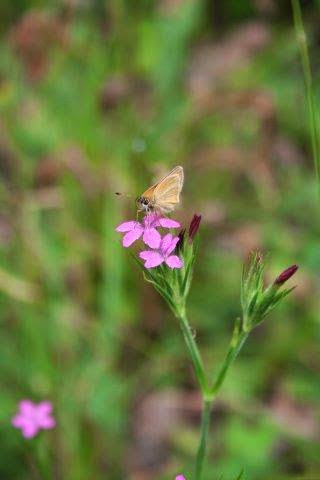 Get involved with a Citizen Science pollinator project. Here are a few to get you started:

If you don't have any pollinators flitting around your house, plant a patch of flowers for them, or let a section of your yard go wild for the summer. Then go see how many are visiting your neighborhood. 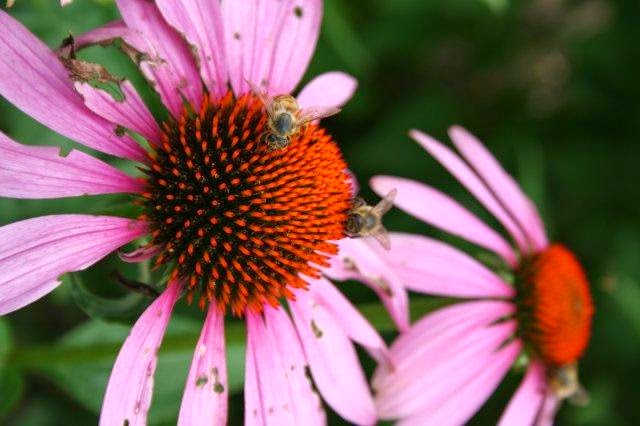 Take a close look.... even closer, and get to know these guys. Take some photos - or draw a picture. 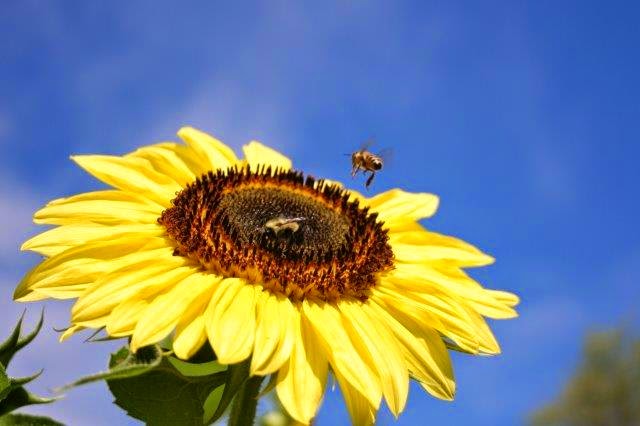 You can check out past "pollinator posts" here. 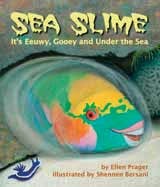 “Under the sea there is something gooey. It slips, slides, and sticks.” I love the way this book opens with alliteration – and the promise of something slimy and gross.

Lots of ocean animals, it turns out, use slime. It helps them go faster, find food, and avoid becoming someone else’s dinner. We expect sea slugs and snails to make slime. But clownfish?

What I like about the book: Each page highlights a creature that uses slime in some way. From jellyfish to slugs to squid, this book underscores the diversity of life in the ocean. There are so many cool creatures that I’ve never heard of, like the vampire squid that shoots beads of glowing goo from the tips of its arms.

At the back there’s more for curious kids: a page on “why slime”, a look at “lifestyles of the Wet and Slimy” and a recipe to make your own slime.

Beyond the Book: You don’t need to dive into the ocean to find slime. Just follow a Snail. Walking around on one foot is tough, so snails make slime that helps them move a bit easier. The slime reduces friction on the surface so the snail can smoothly glide… and it’s sticky enough to allow snails to go up walls.

Some plants produce slime, too. Break open an aloe leaf and rub the gooey stuff on your skin. Aloe slime is used for healing burns and other things. Okra is another plant that produces slime; just cut up a pod and cook it in hot water to release the slime. (Hint: don’t do this if you want to eat it.)

Make your own slime. One way to make slime is mix 1 cup of cornstarch into 1/2 cup of water. Stir as you go.

To make a gelatinous slime use non-toxic school glue and borax. For transparent slime, use clear glue. In one container mix 1 teaspoon of borax in 1 cup of water – stir until dissolved. In another container, mix 1/2 cup of glue in 1/2 cup of water and stir to dissolve. Then pour the glue mixture into the borax solution while stirring slowly. When it begins to make slime, dive in with your hands and knead it. Here’s a video showing how to make slime with a good explanation of the cross-linked polymer you’re creating. 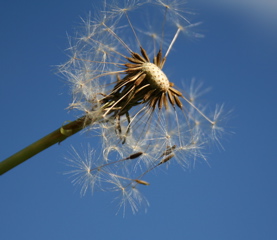 Scavenger hunts are fun - and they sharpen our observation skills. Here's one that connects science to literacy: an alphabet scavenger hunt. Go for a walk around your neighborhood, or a nearby park, or the school yard ... and find something for each letter of the alphabet.

Sounds simple enough. But things in nature get complicated, depending on how we see things. For example: how would you tag this "find"? Would you call it a 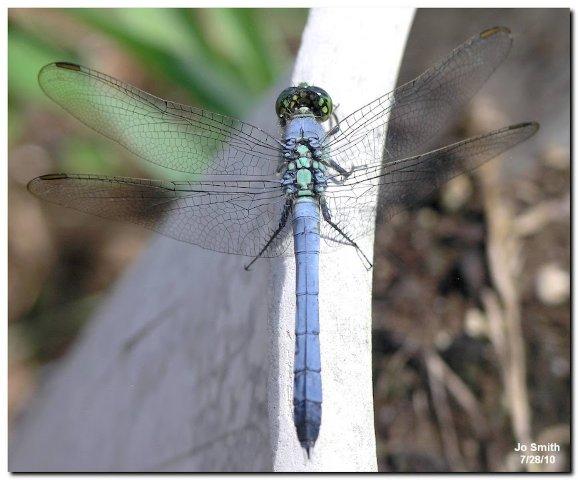 And what about this guy? Is it: 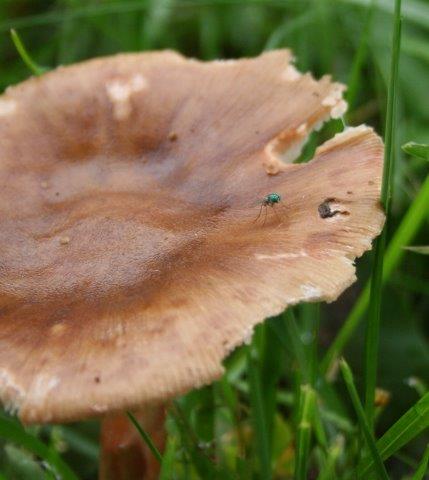 Then there's this one:
So many ways to see things...

Drop by STEM Friday to see what science books and other resources bloggers are sharing. 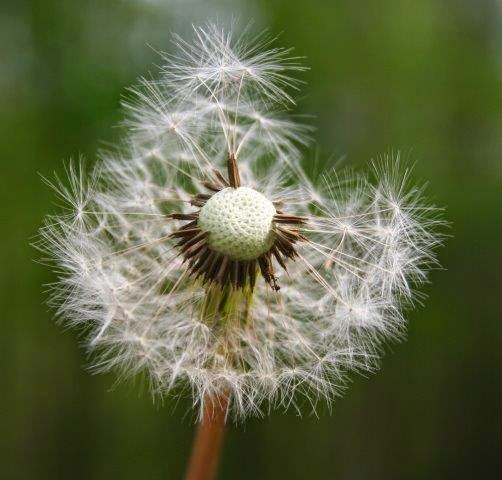